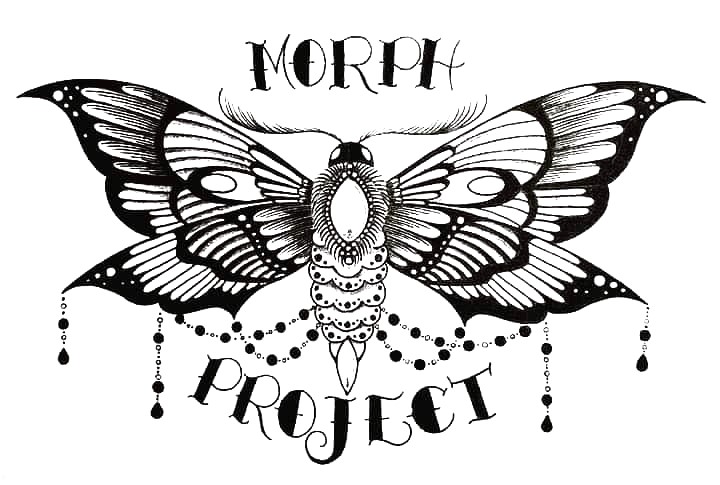 How did 2 normal women use their personal experiences with homelessness, addiction, and trauma, to create an organization that has helped hundreds of women and children, brought together dozens of volunteers, and is now partnered with 9 local non-profits (& counting!)?

Just ask Hill & Hil (also known as Hillary Tish & Hilary Motley). They’re the powerful women of The Morph Project. At first glance, they might not seem like the likeliest of duos, but make no mistake- these two are the best of friends and have the strongest of bonds.

Their friendship, as they shared with us on our most recent podcast episode, began when Hilary Motley brought her newborn to the pediatrician’s office where Hillary Tish (we call her “Blonde Hillary”) was working as a certified medical assistant. As they struck up conversation, Hilary M. shared that she was suffering from post-partum depression, among other traumas. Her open-book attitude about her trials struck a chord with Blonde Hillary and the rest, as they say, was history.

As their friendship grew, Hilary & Hillary learned they had much in common – most importantly, their shared desire to help women in crisis. Blonde Hillary had been going to Hilary M., a full-time hair stylist, for salon services and during one such visit, they discovered that each had a unique way of giving back to those in need. While Hilary M. regularly visited half-way houses and shelters to provide free haircuts on her days off, Blonde Hillary would take her spare cash and scour thrift stores for gently used clothing to hand out to women who would otherwise not be able to afford it.

Just like that, The Morph Project was born. Although, in its first iteration, it was called Hil & Hill’s Boutique. Both women wanted to curate an event where women in crisis could attend and receive a free haircut & style, as well as “shop” for as much clothing as they needed. The goal was to remind these women of who they were inside and to help them see their inner beauty reflected in the mirror. As the project began to take off and the girls saw the transformative effects of their work on these women, the new name became inevitable.

Now, just over 2 years later, these women have much bigger goals in mind. With the rapid growth of The Morph Project (thanks in large part to the power of social media!) Hilary and Hillary are more impassioned than ever to see their organization become the charitable foundation they’ve always dreamed it could be. These women are working hard to create strong partnerships with other non-profits, learning the ropes as they go and helping as many women as they can along the way. And, have we mentioned they do all of this IN ADDITION TO their full-time jobs?

They are fueled by their passion for lifting those in crisis. They are encouraged by the support they receive from volunteers and partners. They are energized by the results they see in the faces of the women they help. They are empowered by the sisterhood of women lifting them up in their efforts. We’re proud to be a part of that sisterhood and can’t wait to see what more they will accomplish.

To learn more about these amazing women and to support them in their cause, please visit www.themorphproject.com

To hear them tell their story, listen to our latest podcast episode right here:

This site uses Akismet to reduce spam. Learn how your comment data is processed.

Get the GOODS! BWS updates, contest and give-away announcements, just dropped podcasts and all the feels - conveniently sent to your inbox.

Your email will only be used by BWS to send you quality and engaging content. WE WILL NEVER SHARE/SELL YOUR INFORMATION.

Are you registered to vote?* Here’s the thing: there’s no denying...

We use cookies to ensure that we give you the best experience on our website. If you continue to use this site we will assume that you are happy with it.OkPrivacy policy